The Long Beach main library set to open in September would be named after tennis legend — and Long Beach native — Billie Jean King under a proposal announced Wednesday by City Councilwoman Jeannine Pearce.

“King is a national treasure who credits our city for part of her success,” Pearce said. “I know her commitment to equity and justice will ensure our library system is representative of everyone. Many people improve their lives inside a library. From the knowledge they extract in books, to the power of imagination and creativity, the relationships built within the community of a library provides an opportunity for all people to grow. Libraries are where people go to fill their toolbox with resources needed to persevere and learn about courage, grit, and equality.”

The city has been soliciting proposals for the name of the library, and Pearce said nearly 1,000 people supported naming the facility after King. She said those supporting the idea include 27 LGBTQ community leaders, the Century Club representing nearly 500 members and the Main Library Naming Committee.

Pearce introduced a motion calling for the library, which is set to open Sept. 21, the “Billie Jean King Main Library.”

“She is more than an athlete. She is a woman with determination, a graduate of Poly High School, an author and a woman that changed the world of sports for everyone,” Pearce said. “I can think of no better opportunity to support our community and our library system than this.”

King has long been regarded as one of the greatest women’s tennis players of all time, with 39 Grand Slam titles to her credit — 12 in singles competition, 16 in women’s doubles and 11 in mixed doubles.

She is also a pioneer in the women’s rights and gender-equality movements, perhaps best highlighted by her 1973 “Battle of the Sexes” victory over Bobby Riggs. 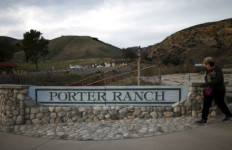