Both Winter Shelter Programs, which offer protection for homeless people during inclement weather, had been scheduled to begin Sunday.

The seven-day National Weather Service forecast shows some areas of Los Angeles, including the San Fernando Valley, could experience consecutive days of temperatures below 50 degrees and nighttime lows below 40 degrees.

“Temperatures are getting significantly colder and it is going to get significantly wetter,” said Councilman Mike Bonin, who introduced an emergency motion Tuesday to move up the city shelters’ opening date.

“As many of us have experienced in our districts recently, in the case of wildfires, the Emergency Management Department and other city agencies (have) an ability to open up designated evacuation shelters.”

The city’s shelters are at locations identified for use during natural disasters.

A Los Angeles Homeless Services Authority spokesman said that between Tuesday and Friday, 500 beds would be opened at those city emergency sites, along with another 100 temporary beds at Athens Park and 100 beds that LAHSA would temporarily add to the year-round shelters it operates. Those beds are expected to be available only during the upcoming storm, for three days at most.

Asked whether the city could get the shelters open in time before the storm, with rain forecast for Wednesday, Bonin said the facilities could be open within a matter of hours.

Countywide, the Los Angeles County Board of Supervisors voted Tuesday to start LAHSA’s Winter Shelter program early. Seven emergency shelters are included, with some opening Tuesday, others opening Wednesday and the rest by Friday.

It was not immediately clear which shelters would open when, but the facilities expected to open early are a Salvation Army shelter in Hollywood, the Weingart Center, the Bryant Temple AME near Vermont Square and four Home at Last sites in Los Angeles. The seven sites collectively have 271 beds and will remain open through March 31.

LAHSA’s overall Winter Shelter Program, which will begin Sunday, has a total of 1,232 beds at 16 locations. The winter shelters are normally open nightly from 5 p.m. to 7 a.m., but they can remain open round-the-clock during severe weather conditions.

Supervisor Mark Ridley-Thomas recommended moving up the Sunday opening date for as many shelters as possible.

“We know that a storm is coming,” Ridley-Thomas said. “We should simply not tolerate delay … time is up for bureaucratic responses.”

LAHSA also reached out to the Red Cross, which often staffs emergency shelters in response to natural disasters and was told that homelessness didn’t qualify as an emergency, according to Marston.

“People aren’t looking at it like a crisis and a disaster,” Hahn said. When it starts pouring rain Wednesday, “no one should feel good that 60,000 people are sleeping outside … we have to change our callousness and our numbness about driving past encampment after encampment.”

The American Red Cross Los Angeles Region agrees this “is an emergency situation and is helping its community partner LAHSA during this time of need to support the service they provide,” regional director of communications Marium F. Mohiuddin told City News Service.

“The homeless community has special and unique needs, and we are honored to work with those organizations that are best positioned to provide those services,” Mohiuddin said. “By working together, we can meet the most critical needs and ensure people get the best care.”

The Red Cross support includes training Los Angeles and Los Angeles County shelter staff, providing supplies such as extra cots and blankets and helping to identify partners that can help supply food and meals at the emergency shelters, Mohiuddin said.

A recent survey by the Los Angeles Business Council Institute and Los Angeles Times showed that 95% of county voters see housing as a problem, but also identified rising public anger and a sense of helplessness over encampments.

U.S. Vets, which provides housing for homeless veterans nationwide, has 1,300 beds in Los Angeles, which a representative said are always full. The agency will open a shelter in Wilmington to shelter residents from the storm.

“People are dying on these streets every day so we are in a race against time … and we are losing,” U.S. Vets CEO Stephen Peck told the board.

Department of Public Health Director Barbara Ferrer said five people died from hypothermia last year and the department recently released a report finding that the death rate among homeless individuals has been rising at an alarming rate.

“It’s imperative from a public health perspective that we provide early access to shelters,” Ferrer said.

She pointed out that New York, which provides year-round shelter, has fewer than one-third the number of deaths of homeless people as Los Angeles County.

Supervisor Kathryn Barger expressed frustration with the fact that the storm will likely hit before all the shelters open their doors.

“If we can get them up and running tonight, that would be optimal,” Barger said. “We collectively need to make certain this doesn’t happen anymore … There’s no question in my mind that tomorrow is going to be a test for how we react and respond in a time of need.”

However, even with the county authorizing money to fund the shelters, the process is not as easy as unlocking a door. LAHSA relies on third-party providers to operate shelters and those providers rely on volunteers to staff them, so it can take days to get all the resources lined up.

Supervisor Hilda Solis suggested creating a master agreement for rapid response and amended the motion to call for a plan for the 2020-21 winter shelter within 90 days.

Identifying more sites is part of the solution, however, the regulatory barriers to open new sites are very challenging, according to Sarah Dusseault, who chairs the LAHSA board.

“These are peoples’ brothers, sisters, mothers who are out on the street and we need to do more to bring them inside,” Dusseault said.

Getting people to the shelters is another problem and Ridley-Thomas offered a last-minute motion to his own motion to fund transportation that otherwise wouldn’t be in place until Dec. 1. 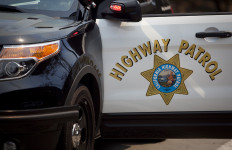 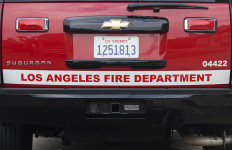