Louie Sanchez and Marvin Norwood are facing one federal count each of being felons in possession of firearms/ammunition.

The judge also tentatively rejected Norwood’s motion to have the evidence against him in the weapons case suppressed.

In the motion, defense attorney Nadine Hettle argued that there was insufficient probable cause to justify the search of Norwood’s home that led to the federal charges.

Investigators serving a search warrant at the defendant’s Rialto home before the pair were arrested in July 2011 allegedly located firearms and live ammunition belonging to Sanchez hidden in an attic. Hettle argued that the warrant — which listed a Dodgers’ jersey and a cell phone — was overly broad and should not have allowed for a thorough search of the home.

The document “was a ruse to search the house,” Hettle told the court. “And, basically, they conducted a fishing expedition.”

However, Olguin said the information on the warrant was proper and the resulting search was “constitutional,” adding that he would issue a written order denying the defense challenge.

Shiner declined comment outside court on the likely plea deals.

Sanchez, 32, and Norwood, 34, both pleaded guilty in January to state charges of carrying out the opening-day attack on Stow and were sentenced to eight- and four-year prison terms, respectively.

Norwood was taken into federal custody Feb. 21, a day after he was sentenced in state court.

He had spent eight months in county jail beyond the two years of the four-year sentence he was required to serve as part of  a plea deal in the Stow assault and was about to be released before federal authorities pounced.

Authorities said they found about a half-dozen weapons — two semiautomatic rifles and a pistol, a 12-gauge shotgun and a revolver — along with nearly 70 rounds of ammunition when they searched Norwood’s home in connection with the Stow assault.

Norwood told police that the guns were not his and that he had allowed Sanchez to store them at his residence. Federal authorities, however, said they determined that the weapons were in the possession of and available to both men.

Court records showed both Norwood and Sanchez had prior convictions in San Bernardino before the unprovoked Stow assault at Dodger Stadium on March 31, 2011.

Sanchez was convicted of evading an officer in 2006 and a misdemeanor count of domestic violence in 2003. Norwood was found guilty of felony spousal assault in 2006, the indictment shows.

The weapons and ammunition were recovered from the garage attic crawl space at Norwood’s home, federal prosecutors said.

Both Norwood and Sanchez are currently in federal custody.

Stow, 45, a father of two and former paramedic, remains severely impaired with permanent brain damage. He spent the first two years after the attack in hospitals and rehabilitation facilities and still requires daily care by his family.

In July, a civil jury awarded roughly $18 million in damages to Stow. But after a lengthy deliberation, the panel found that only Los Angeles Dodgers LLC, the business entity created by ex-Dodgers owner Frank McCourt when he owned the team, and Stow’s two assailants were liable.

Los Angeles Dodgers LLC will have to pay about $14.1 million of the final judgment. But the panel exonerated McCourt of any culpability in the attack. 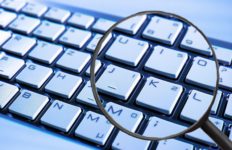 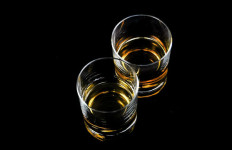 Another murder conviction in baseball-bat beating death of USC Chinese grad student: 22-year-old ‘drove around the corner and waited’→