A judge refused Tuesday to set aside a jury’s award of nearly $1 million to a black Montebello firefighter who said he was the victim of racial harassment and retaliation for filing a lawsuit over his treatment.

Creswell sued the city of Montebello in September 2013. He testified during his trial that he has experienced racism since joining the force, but didn’t realize the extent of it until he learned that a battalion chief referred to him by the “N” word in 2013.

Creswell said he had two meetings with Chief Dominic Hebert to discuss the alleged racism, but received little satisfaction. He said today he still feels a sense of resentment and coolness to him by some members of the MFD.

Creswell joined the MFD in October 2008 and for a while was the only black firefighter in the department. He previously worked for the Compton Fire Department. 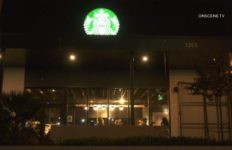