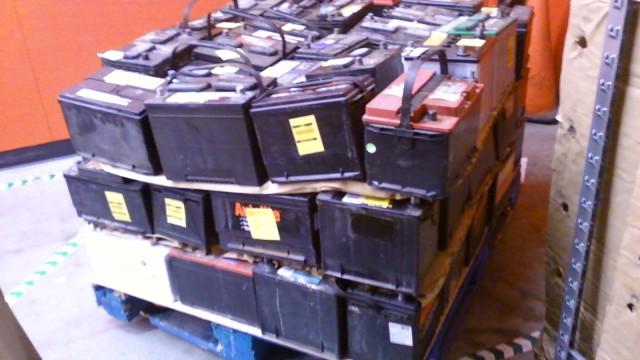 Boyle Heights residents who live near the now-closed Exide battery plant were alerted Saturday to support services available to help with possible contamination.

Residents who were unable to make Satuday’s events can access services — including blood testing — at a drop-in center at the Benjamin Franklin Library at 2200 E. First Street. The center will be open from 1 p.m. to 5 p.m. on March 19, April 2 and April 9.

Those possibly affected by the Exide contamination are also encouraged to visit exidecleanup.lacity.org for more information.

The 15-acre Exide plant permanently closed in March 2015, but “left behind a legacy of environmental contamination in Maywood, Huntington Park, Boyle Heights, Commerce and East Los Angeles” reaching out in about a 1.75- mile radius, according to Cynthia Harding, the Public Health Department’s interim director.

The county estimates that up to 10,000 homes could have lead contamination, with about 10 percent of those expected to show levels qualifying as hazardous waste.

L.A.’s sanitation bureau is joining the state Department of Toxic Substances Control in testing soil samples gathered in Boyle Heights, and will also test water and green waste to monitor contamination levels. When testing is complete, multiple city agencies will expedite permit processing so that cleanup can begin as soon as possible.

When Exide agreed to close the lead-acid battery recycling plant, it committed to pay $50 million for cleanup of the site and surrounding neighborhoods. Of that amount, $26 million is meant to be set aside for residential cleanup.

As of last August, Exide, which filed for bankruptcy in 2013, had paid $9 million into a trust and another $5 million was due to be paid by March 2020, according to state officials.