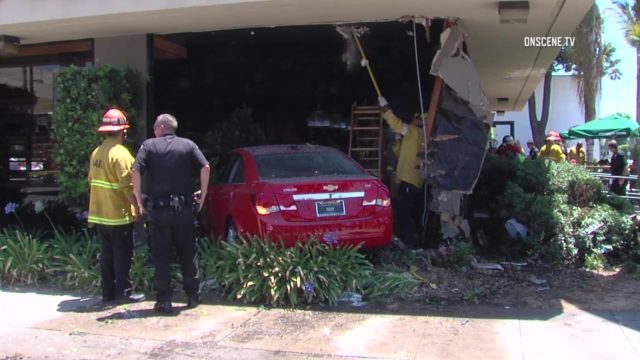 A quiet coffee at a Valley Glen Starbucks turned to terror Thursday for three unlucky patrons hurt and hospitalized when a vehicle rammed the business after colliding with another vehicle at an adjacent intersection.

Four others appeared to have some physical concerns, but they did not require hospital trips. The crash happened just after 1 p.m. at 12901 W. Victory Blvd., according to the Los Angeles Fire Department.

One official said that while there were injuries, it was fortunate no one was killed.

The ages, genders and conditions of the hospitalized victims were not immediately available.

The Department of Building and Safety was called to examine the building’s structural integrity.