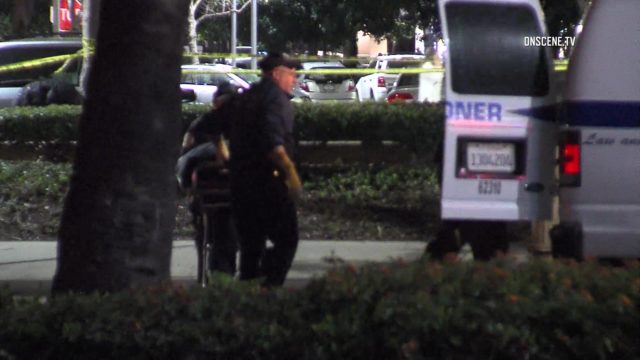 Long Beach Police at the scene of the Maserati crash. Courtesy OnScene.TVThe coroner’s office Monday identified the man killed when a Maserati sports car crashed into a tree in Long Beach and split in two.

The crash occurred at around 7 p.m. Friday on Los Coyotes Diagonal near Outer Traffic Circle, Long Beach police said. The victim now identified as Testone was pronounced dead at the scene.

The 54-year-old man from Long Beach who was driving the Maserati was ejected onto the roadway, police said. He was hospitalized in critical condition.

The preliminary investigation revealed that the sports car was going at a high rate of speed while turning left from the southbound Outer Traffic Circle to eastbound Los Coyotes Diagonal, police said. The driver lost control of the vehicle and crashed into a tree, shearing the car in half. The vehicle came to rest in front of 4600 Los Coyotes Blvd.

Alcohol was possibly a factor in the crash, police said. The investigation is continuing.

Both occupants of the Maserati were wearing seatbelts and the driver had a valid license, police said.