A two-seat helicopter made an extremely hard landing Friday at Riverside Municipal Airport, causing the aircraft’s tail to snap off and leaving one of the occupants injured.

The crash happened about 10:55 a.m. on Runway 34, at the west end of the airport, according to the Riverside Fire Department.

Capt. Dave McClellan told City News Service the pilots of the turbine-driven Hughes 369D were making simulated engine-out approaches to the airfield, using auto-rotation techniques, when they apparently lost control and slammed onto the runway.

“It came down really hard, spun around and ended up in the dirt — but somehow stayed upright on its skids,” McClellan said. “The tail section came off.”

There was no post-crash fire.

One of the occupants suffered moderate injuries and was taken to Riverside Community Hospital for treatment. The other victim was not hurt, McClellan said.

The rotorcraft’s tail was left on the runway, while the cabin was situated adjacent to the runway numbers, just off of the pavement. The airport remained open, with aircraft landing and departing on Runway 27, according to reports from the scene.

The FAA was notified about the accident, and inspectors were expected to be at the scene Friday afternoon.

The helicopter was manufactured in 1995 and is registered to Helicopters Unlimited in La Crescenta, according to the agency. 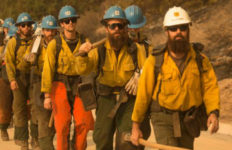