The annual Night on Broadway event organized by City Councilman Jose Huizar, which last year drew hundreds of thousands of people into downtown Los Angeles’ historic Broadway corridor, has been canceled less than a month after his offices and home were searched by the FBI, a neighborhood council leader said Monday.

The one-day festival, which would have entered its sixth year in January, has grown exponentially in popularity, going from a reported 3,000 attendees in 2014 to 75,000 in 2017 before leaping to 250,000 last year. The event is also a key component of a revitalization plan for the Historic Broadway corridor championed by Huizar called ”Bringing Back Broadway.”

Patti Berman, president of the Downtown Los Angeles Neighborhood Council, told City News Service she received an email from Huizar’s office on Wednesday that said the event was being postponed until 2020. She said the email was sent to some event organizers, and it also said a public announcement would be made later but did not state a reason for the 2019 event being canceled.

“Our office continues to support community events, including seven holiday events throughout Council District 14 this holiday season,” said Rick Coca, Huizar’s communications director. “Night on Broadway will be better served by moving it to 2020. In the meantime, our office is staying focused on our work serving the constituents of Council District 14.”

Berman said Huizar’s office was “doing a good job of keeping up with us on everything but I don’t believe that they have the kind of time now they had to put into these things. And this one is a major, major project.”

The event’s website includes a brief message that Night on Broadway has been postponed until 2020, but does not state a reason.

The event last year took place on Broadway between First Street and Olympic Boulevard, and featured programming across six historic theatres and four outdoor stages, along with many food vendors and other entertainment options. The acclaimed 1980s band the B-52s headlined the main stage.

Berman said the event being canceled for 2019 will be a major blow to the neighborhood.

“It’s really great for the community. We couldn’t have a better advertisement for the area,” she said. “What’s more important, people really enjoy it.”

The event, which had been scheduled for Jan. 26, is closely associated with Huizar, with many of the marquees of the historic theaters and other promotions touting the event as “Councilman Jose Huizar’s Night on Broadway.”

Armed with search warrants, FBI agents entered Huizar’s City Hall office, his Boyle Heights home and a field office on Nov. 7, hauling away boxes and bags of potential evidence. The FBI has not said what they were looking for, but confirmed that the IRS was also involved in searches. No one has been arrested, and Huizar has declined to answer any direct questions about the searches.

Huizar was stripped of his committee assignments by Council President Herb Wesson following the searches, and the Los Angeles Neighborhood Council Coalition passed a motion on Saturday calling on Huizar to resign. 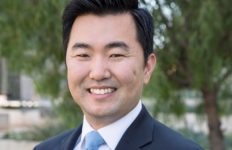