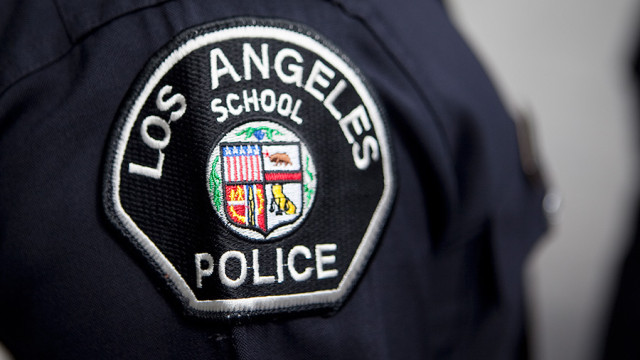 A Los Angeles School Police officer shot and wounded a suspect during an attempted traffic stop in South Los Angeles Monday, and the officer was hospitalized with injuries suffered when the suspect allegedly drove into the lawman.

There was no immediate word of a motive for the apparent attack on the officer, or any identification of a suspect.

The shooting occurred about 11:10 a.m. at Broadway and 86th Place, authorities said.

According to Sgt. Juan Morales of the Los Angeles School Police Department, the officer was conducting a traffic stop of a white pickup truck when the motorist allegedly ran into the officer. The officer opened fire, wounding the suspect.

Pictures from the scene showed multiple bullet holes in the truck’s windshield.

Paramedics took the suspect to a hospital in unknown condition. The officer, who was alert and talking to paramedics, was also placed on a gurney and loaded into an ambulance.

Morales said the officer and suspect were both hospitalized and considered stable. Another person was questioned at the scene of the shooting, but it was unclear if that person was arrested.

Although a School Police officer was involved, Morales stressed the shooting did not take place on a school campus, and no students were affected.

Cop Run Over By Pickup: Driver Wounded In Hail Of Bullets Fired By Lawman was last modified: July 15th, 2019 by Contributing Editor