Razor blades placed at two locations in Temecula, including on a car door where the blade could have inflicted injury, prompted an investigation by Riverside County sheriff’s detectives, who called Monday for community assistance to identify potential suspects.

Sheriff’s Sgt. Albert Martinez said that about 11 a.m. Thursday, a resident in the 41000 block of Carleton Way was preparing to get into his car when he spotted “razor blades affixed to a door handle.”

“The investigation revealed that the razor blades were placed in a manner likely to cause injury,” Martinez said.

The following morning, a resident in the 31000 block of Daniel Way found a single razor blade on the hood of his vehicle, according to the sergeant.

No one was hurt in either instance, and Martinez said it is not believed that the incidents are related. The two locations are close to five miles apart.

Anyone with information was asked to call the sheriff’s Southwest Station at 951-696-3000. 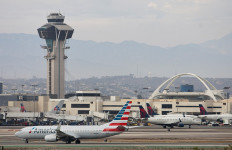