A City of Hope cancer researcher/physician is the recipient of the 2016 Ho-Am Prize in Medicine, which recognizes people of Korean heritage for contributions in clinical and research areas that contributed to the fight against disease.

Dr. Larry W. Kwak, director of City of Hope’s Toni Stephenson Lymphoma Center, will be honored at a June 1 ceremony in Seoul.

“Widely considered the Nobel Prizes of Korea,” the awards “annually recognize outstanding individuals and organizations that have made important contributions to the advancement of humankind in science, engineering, medicine, the arts and community service,” according to City of Hope.

“His dedication to guiding research breakthroughs from the lab to the clinic, particularly in the treatment of lymphoma and other blood and bone marrow diseases, is extremely worthy of such international recognition,” Rosen said.

As head of the Vaccine Biology Section, Experimental Transplantation and Immunology Branch at the National Cancer Institute for a dozen years, “Kwak and his laboratory team were credited with the bench-to-clinic development of a therapeutic cancer vaccine for B-cell malignancies,” according to City of Hope.

Samsung Chairman Kun-Hee Lee established the Ho-Am Prize in 1990 in honor of company founder Byung-chull Lee, whose pen name was Ho-Am. Recipients are awarded a diploma, gold medal and prize money totaling about $268,000, according to City of Hope.

As a leader of City of Hope’s Hematologic Malignancies and Stem Cell Transplantation Institute, Kwak sets scientific priorities and guides the development of new approaches to treating lymphoma and related diseases, especially those involving immune-based treatments.

Kwak joined City of Hope in April 2015 from M.D. Anderson Cancer Center in Houston, where he served as chairman of the Department of Lymphoma and Myeloma and as co-director of the Center for Cancer Immunology Research.

“As a Korean-American, the Ho-Am Prize is particularly significant for me, because it represents years of perseverance working towards a lifelong dream of bringing homegrown laboratory discoveries to impact patients worldwide as rapidly as possible,” Kwak said. “There is still much work to be done.” 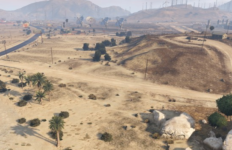 Kobe Bryant to be Honored at NBA All-Star Game→