Fredy Torres, 27, was arrested about 1:15 a.m. Saturday on suspicion of driving under the influence at 43rd Street and McKinley Avenue, according to the Los Angeles Police Department. He was released around noon that day, according to jail records.

Torres, a field deputy for Eighth District Councilman Marqueece Harris- Dawson, was driving a city-issued car when he was arrested, according to the councilman’s office.

Harris-Dawson’s chief of staff, Solomon Rivera, confirmed that officials in the councilman’s office received “information from LAPD and have spoken to the employee.”

“We take this very seriously, however, this is still under investigation so we have no further comment,” Rivera said.

Also on Saturday, another City Hall staffer, Fredy Ceja, 36, was arrested at 12:06 a.m. at Sixth and Spring streets in downtown Los Angeles, according to the LAPD.

He was being held in lieu of $25,000 bail, according to the Los Angeles County Sheriff’s Department inmate database.

Cedillo’s chief-of-staff, Arturo Chavez, said Ceja was cited for alleged DUI during his off-work hours, and while using his personal vehicle. Chavez declined to comment further, calling it a “personnel matter.” 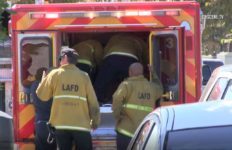 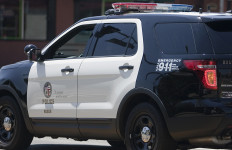