“Safe and smooth roads make California a better place to live and strengthen our economy,” Brown said. “This legislation will put thousands of people to work.”

Senate Bill 1, the Road Repair & Accountability Act of 2017, was approved by supermajorities in the California Assembly and Senate on April 6.

The bill will add 12 cents in taxes for regular gasoline, 20 cents for diesel and an additional 5.75 percent increase in diesel sales taxes, which opponents have pointed out will be passed on to consumers in the form of higher prices for goods shipped via truck. SB 1 will also push vehicle license fees up by an average $40 a year.

Cervantes claimed to be undecided until the eleventh hour, while Roth initially signaled he was opposed to the bill. However, both joined the ayes after securing more than $400 million in allocations for infrastructure projects within their districts.

About $2 billion will be reserved for communities to “make their own investments in transportation improvements,” according to the governor’s office.

A constitutional amendment will be presented to voters on the June 2018 ballot, asking them to affirm whether SB 1 revenue should be dedicated exclusively to transportation projects.

Critics argued that the legislation was unnecessary, pointing out that if the over-budget High Speed Rail Project was scuttled and more than 3,000 Caltrans positions deemed “redundant” in an inspector general’s report two years ago were eliminated, hundreds of millions of dollars would be freed up to spend on infrastructure projects.

Mayes, Melendez and Stone characterized SB 1 as a penalty on working class families, especially those who commute.

Cervantes, Garcia, Medina and Roth stood by the bill. Cervantes and Roth released a joint statement earlier this month saying that it was needed in the face of “unpredictable funding streams” that left too may vital projects in doubt.

Once SB 1 takes effect, California is expected to have the highest petrol taxes in the continental U.S.

Median price of Riverside County homes down, but not by much→ 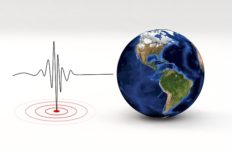