City Attorney Mike Feuer announced Tuesday that his office has secured restitution for nearly two dozen customers allegedly scammed by a Chatsworth-based water damage restoration company, and for others who’ve yet to come forward.

The city attorney alleged that for at least the past four years, California Restoration regularly engaged in fraudulent business practices, including using illegal contracts, defrauding customers with false and fraudulent pretenses, engaging in insurance fraud, unlawfully initiating legal action against former customers, and dissuading customers from cooperating with the Contractor’s State License Board.

“Imagine your home is flooded with sewage and the company you call for help takes advantage of you instead,” Feuer said.

“Whether it’s Wells Fargo creating fake accounts, phony lawyers scamming immigrants or sewage removal companies allegedly victimizing customers, we will fight to hold L.A. businesses accountable and stand up for consumers,” he said. “That’s why, in addition to the restitution we’ve gotten for 23 victims, we’ve set up a fund for other customers who believe they’ve been victimized.  We’re now asking them to come forward.”

In addition to the restitution and penalties, the company must also pay all liens placed against former customers and dismiss all pending lawsuits against former clients, according to Feuer’s office.

California Restoration also must also make changes to its contracts and other business practices, including an order to stop dissuading customers from reporting their experiences to regulatory agencies, including the Contractors State Licensing Board, Feuer’s office said.

Broker Allegedly Scammed Insurer Out of $140,000 Plus in Pyramid Scheme→ 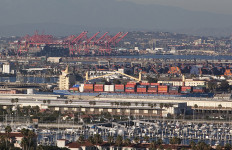 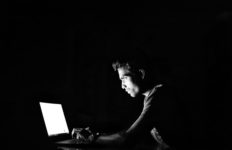