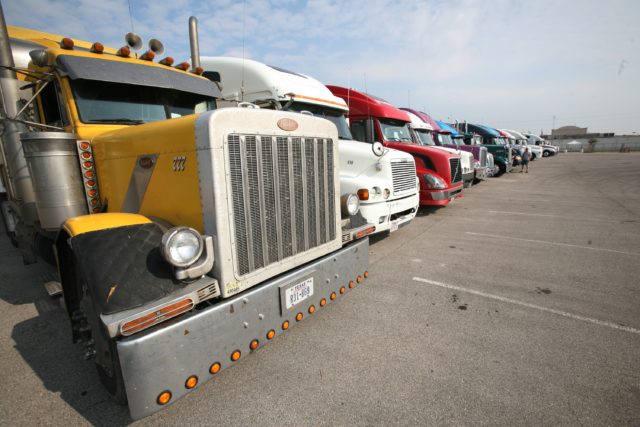 A mega warehouse planned on the western approach to Cherry Valley will be back on the Board of Supervisors’ agenda Tuesday, giving opponents another opportunity to unload on the project and the developer a final chance to argue how it might benefit Riverside County.

During its Oct. 3 meeting, the board heard from nearly 50 speakers who vehemently denounced the San Gorgonio Crossing and the re-circulated draft environmental impact report that found most of the 230-acre development’s negatives could be rectified.

Developer William Shopoff was joined by fewer than a dozen people who spoke in favor, and after four hours, Supervisor Marion Ashley, in whose Fifth District the warehousing complex would be located, called for an end to the public hearing to give everyone a chance to reflect and come back ready to debate on Oct. 17.

The “high cube” project, originally known as the Gateway Warehouse, would entail erecting two industrial buildings with 306 truck bays, occupying 1.8 million square feet on 140 acres a quarter-mile east of Interstate 10, north of Cherry Valley Boulevard and south of Condit Avenue. Some of the project space would be reserved for nature trails and rustic features intended to make it more visually appealing, according to planning documents.

An environmental impact report (EIR) was first issued last November but was sent back for revisions that Department of Planning officials said were needed to address modifications by the developer, resulting in a re-circulated draft EIR totaling 2,846 pages. The document elicited more than 700 letters in opposition.

“This is a complex project, and it has been significantly reduced in scope (over the last nine years),” Shopoff told the board on Oct. 3. “One- third of the project (site) would be developed, one-third would remain natural, and one-third would be landscaped open space. It would create 1,000 good-paying local jobs.”

Beaumont Mayor Lloyd White argued the “air quality and traffic impacts” could not be adequately addressed and would pose ongoing hazards for residents of his city, Cherry Valley and Calimesa.

“Please recognize this project does not belong in the hills of Cherry Valley. Our residents want to keep the open space and the small town neighborhoods that attracted them to the San Gorgonio Pass,” he said.

Cherry Valley resident Jack Carol told the board that the warehouses “will knock down property values and create more jobs for (automated) robots than human beings.”

Another retiree, Len Jenkins, expressed dread that the thousand or more tractor-trailers coming and going from San Gorgonio Crossing daily would put his asthmatic wife’s health in danger.

“You’d be putting in some kind of death decree by approving this,” Jenkins said.

Other property owners feared heavy congestion on Cherry Valley Boulevard and surrounding roads, while many wondered about potential impacts to wildlife habitat, storm drains and scenic vistas in the unincorporated community.

The cities of Beaumont and Calimesa have both expressed opposition, citing traffic, noise, water use, pollution and other concerns. Multiple environmental groups, led by the Sierra Club, have also condemned it.

The club submitted a letter listing numerous objections, beginning with the inevitable degradation to air quality from the estimated 1,200 daily truck trips to and from the site, in addition to the idling, parking and docking time when tractor-trailers will be in motion, spewing pollutants.

The organization further argued that there was no way to justify re- designating the project zone area as “light industrial,” rather than retaining the “very light rural residential” designation, when four future housing developments are planned within a half-mile, and all existing structures in the vicinity, including hundreds of retirement homes, have been authorized under a general plan that envisioned non-business uses.

The South Coast Air Quality Management District worried about the volume of pollution and greenhouse gases associated with the warehousing complex, saying they “would be significant and unavoidable after mitigation.”

Those speaking in favor of the project were mostly members of a union whose members are seeking construction employment.

“You have 320 active construction workers living in the Pass area,” said Mike Day with Laborers International Union of North America, Local 1184. “Jobs like this project provide good benefits and wages. We need these jobs to continue.”

The proposed facility, which Ashley supports, was put on “fast-track” status in 2008, enabling the developer to bypass the Riverside County Planning Commission.

According to the EIR authors, most environmental impacts other than air quality and traffic congestion can be substantially mitigated at the outset.