Actor and musician Drake Bell was arrested on suspicion of drunken driving, according to Glendale police.

Bell, 29, was stopped about 2:20 a.m. Monday after officers spotted him allegedly swerving and speeding, according to a Glendale police spokeswoman.

The actor is known for his role as Drake Parker in Nickelodeon’s “Drake & Josh,” which aired its last episode in 2007.

Drake Bell from ‘Drake & Josh’ arrested in Glendale on suspicion of DUI was last modified: December 22nd, 2015 by Hillary Jackson 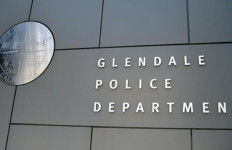