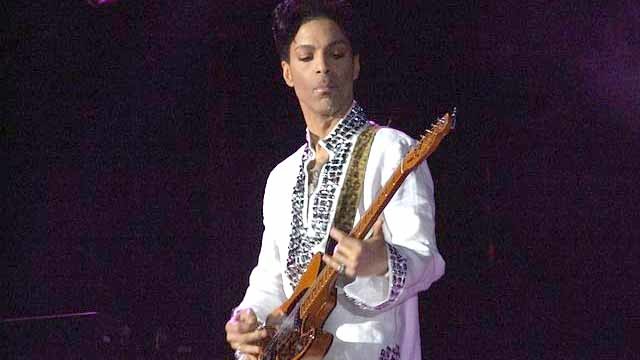 Did you know Los Angeles was a “second home” for Prince?

Thousands of Prince fans clad in black and purple turned out today for a tribute concert at Los Angeles City Hall, filling up Spring Street and Grand Park.

An estimated 5,000 people had formed a dancing sea outside City Hall by about 6 p.m., according to a Los Angeles Fire Department official. The crowd appeared to grow to more than 6,000 as 7 p.m. approached.

Despite the somber reason for the occasion — which was to memorialize the iconic singer who had died at what many consider a young age — the concert had a festive mood, with fans who came wearing concert T-shirts, sporting purple hair and clutching vinyl records of their favorite Prince albums dancing to the artist’s music.

Tracy Shipman, 46, of Valencia teared up when she thought of the artist who she has been a fan of since she was 12 years old.

The tribute concert was a way for her to reach closure over the death of Prince, she said.

“He’s a legend, he’s a genius … he’s just everything,” Shipman said. “I’m just so grateful he happened in my life time.”

Los Angeles resident Tammy Bell joked that when she was 11-years old, Prince “was my first boyfriend, before I was allowed to have boyfriends.”

When asked what her favorite Prince songs are, she said, their names are too raunchy to say out loud.

Leticia Martinez of Los Angeles said she was shocked to hear of Prince’s death last month at the age of 57, which is one year older than she is.

When she heard about the tribute concert, she decided she would take the time to attend.

“There’s not really a way to mourn (Prince’s death),” Martinez said. “It’s cool to be amongst a lot of people to celebrate the life of a musician — there’s never going to be another like him ever.”

The event’s organizer, Najee Ali said earlier this week that Los Angeles was the “second home” for Prince, and the tribute would be “a one-of-a- kind celebration of Prince’s life and music that only L.A. can do.”

Organizers raised money to avoid using public money on the concert, Ali said. KJLH-FM (102.3) was among those helping defer the concert’s cost.

Ali organized a candlelight vigil for Prince in Leimert Park on April 21, the day the musician was found dead in an elevator at his Paisley Park home in Minnesota.

Prince was known as a master of showmanship whose hits included “When Doves Cry,” “1999,” “Raspberry Beret,” “Kiss” and “Little Red Corvette.” His film “Purple Rain” became a cult favorite and propelled him to super-stardom.