Battle lines are forming over what some consider a snub of the nation’s second black justice on the U.S. Supreme Court. Clarence Thomas, and his conservatism, may be the issue.

The new National Museum of African American History and Culture in Washington gives more attention to Anita Hill, who accused Thomas of sex harassment, than Thomas.

“The museum somehow has room for just a glancing negative reference to Clarence Thomas…. This is a shocking slight that the museum must redress,” said Mark Paoletta in The Hill.

This month marks the 25th anniversary of Thomas’ arrival on the Supreme Court, the column noted.

“It’s probable that the museum curators had no room for Thomas because his conservative views make him an ‘Uncle Tom,’ as if arriving at different conclusions from his peers makes him an unsuitable topic for public conversation.”

On Facebook, Kurt Voggenreiter said: “Possibly it should be renamed the Smithsonian National Museum of Liberal African American History and Culture.”

Others said: “Shame,” “Egregious” and “There is no more History. Just propaganda. This is proof.”

On Circa.com, Raffi Williams writes: Hill, the woman who accused Thomas of sexual harassment at his 1991 Senate confirmation hearings, gets plenty of attention. She is featured in the museum’s vignette to blacks in the 1990s and has her photo prominently shown along with multiple quotes about her.

“Thomas disputed Hill’s allegations and won confirmation, but his side of the story is mostly ignored in the exhibits. Museum officials acknowledged that Thomas has ‘very little presence’ in any of the exhibitions.”

#TheyLeftHisBlackAssOut THANK YOU TO THOSE WHO ARRANGED THE AFRICAN AMERICAN MUSEUM, WHO LEFT #ClarenceThomas OUT! HE HAS NO PLACE THERE.

As bizarre as Clarence Thomas and his jurisprudence is, he is the second African-American SCOTUS justice and should be in the museum.

… by ignoring Justice Thomas, AA Museum implies there’s no room for a black man who dares to challenge the Left: https://t.co/clcyxzOOX6 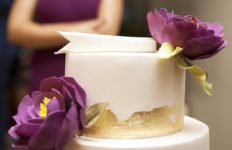 Leg cut off after deputy shooting in Lancaster, but US Supreme Court tosses $4 million award→ 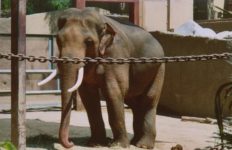