Elizabeth Warren’s especially popular with a good portion of the Democratic party, but she didn’t hesitate to go after the most respected Democrat of all — former President Obama.

The Massachusetts Democratic senator said she is “troubled” by Barack Obama’s decision to accept $400,000 from a Wall Street firm to speak at a health care conference this fall.

The remark came during an interview about her new book on a SiriusXM radio show: “I was troubled by that,” the Massachusetts senator said.

“That was the extent of her comments aimed directly at Obama,” said Boston.com. “She quickly launched into a broader discussion of her views of the corrupting influence of money in Washington.”

“I describe it as a snake that slithers through Washington,” she told the “Alter Family Politics” show. “And that it shows up in so many different ways here in Washington. The influence of dollars on this place is what scares me. I think it ultimately threatens democracy.”

The Boston Globe website noted how news leaked earlier this week that Obama had agreed to a $400,000 speaking gig with investment bank Cantor Fitzgerald.

Trump retweets what Warren said on “Alter Family Politics”. Actually the base doesn’t care about Obama’s $400k fee. Too busy despising you. https://t.co/NKllWzZFrs

Critics on both sides were still troubled:

My thoughts on the news of Elizabeth Warren being “troubled” by Obama receiving speaking fees… pic.twitter.com/PLpTAC6ezb

In the words of Mitch McDonnell:

Warren is “troubled” by the $400k Obama speech for Wall St. Where was her outrage for the million dollar speeches by Hillary?#Dirtymoney

In a related development, Obama troubled that his alma mater paid Warren $325K to teach ONE course. https://t.co/JoHF0Vy4Rk

With everything going on with Trump, Bernie Sanders and Elizabeth Warren have found time to go after Obama. This is why people stay home.

You know it’s bad when Elizabeth Warren is even speaking out on Obama..

Elizabeth Warren aka “troubled” why don’t you leave your $400K a year salary at Harvard and go teach at a community college for $45K a year! 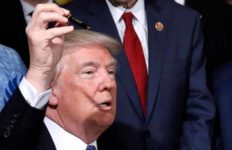