Six weeks after being photographed kissing a “mystery man” in Los Angeles, Gina Torres is being divorced by her husband of 15 years, Laurence Fishburne.

According to news accounts, the Hollywood residents had been separated for more than a year. TMZ reported the divorce filing.

“Torres, 48, who starred on ‘Suits,’ said in a statement this September that they had split last fall,” noted the New York Daily News.

“There are no bad guys here,” Torres told the Daily News. “Only a love story with a different ending than either one of us had expected.”

The couple said they would remain a united front for the sake of Delilah, their 10-year-old daughter.

Eonline reported in September that Torres was photographed kissing a mystery man in Los Angeles. Page Six, which posted the pics, reported … that they spent over an hour having lunch at the Sweet Butter Cafe and that Torres wasn’t wearing a wedding ring.

“Neither has been been seen wearing a wedding ring in public in months. Fishburne and Torres were last photographed together at a public event in December 2015, at the 38th annual Kennedy Center Honors Gala.”

Settlement May Be Close in Actress/Physician Divorce→ 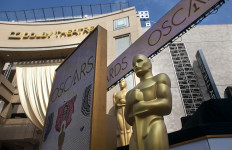