NBC’s Jimmy Fallon has fallen behind in ratings to CBS star Stephen Colbert, whose daily drumbeat of anti-Trump jokes and sketches have helped win the late night.

But Fallon, with help from Martin Short, struck back Monday night with a skit that made comedic noise — The Little Trumper Boys.

In a parody of “Little Drummer Boy,” the pair “goes all in with the Trump references. Build a wall, Lavar Ball, the whole TIME person of the year fiasco, Roy Moore, Vladimir Putin — they even work in that photo of Donald Trump playing tennis that no one wants to see ever again,” said HuffPost. “And ringing throughout this 2017 carol is the rat-a-tat drum beat of ‘trum trum-trum-trum trump.’”

Comnments on YouTube were a comedic gift as well, with many from Trump supporters: 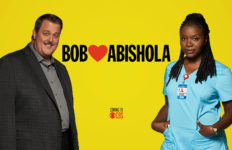