So what’s Harvey Weinstein up to these days?

A clue came when TMZ released a video of the disgraced movie mogul being slapped in the face and cursed by an admittedly drunken patron at a restaurant in Scottsdale, Arizona.

After being accused of sexual misconduct by dozens of women, Weinstein went to Arizona for therapy. In October, he finished the program.

“Weinstein will reportedly remain in Arizona for the next month to avoid distractions, which will allow him to work more with his doctors as a follow-up to the program,” said the New York Daily News.

On Tuesday, a video posted by TMZ showed a man named Steve yelling at Weinstein: “Get the f–k out of here. Get your f–ing a– out of here. You’re a f—ing piece of s–t.”

Weinstein was asked if he wanted to call the police, but decided not to. He left the restaurant with someone described as his “sober coach.”

“Steve had gone up to Weinstein, 65, earlier in the evening and asked him to take a photo, but Weinstein declined, a restaurant manager told TMZ. The manager said Weinstein was ‘sweet’ about saying no, and that Steve appeared to be drunk when he approached Weinstein again later that evening,” said another Daily News story.

“Steve also informed the celebrity gossip website that he had ‘quite a bit to drink’ before he went up to Weinstein.” 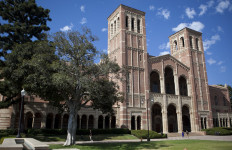