Two-time Oscar winner Tom Hanks and his wife, Rita Wilson, will take to the stage on the Westside in June, starring in a new production by The Shakespeare Center of Los Angeles.

The couple will headline the center’s “Henry IV,” condensing Shakespeare’s “Henry IV Parts One and Two” into a single production that will run for 24 performances at the Japanese Garden at the West Los Angeles VA campus.

Hanks and Wilson have been longtime supporters of the Shakespeare Center. Hanks will appear in the production as Falstaff, described as a “villainous and abominable misleader of youth.” With the show being held on the Veterans Affairs campus, the show will also employ dozens of veterans.

“We’re hiring and training 40 veterans to work on this production alongside consummate theater professionals to tell a riveting story about the forging of a Shakespearean hero,” artistic director Ben Donenberg said.

The Shakespeare Center will also set aside 2,000 tickets that will be given free to eligible veterans and active members of the military. Information is available online at www.ShakespeareCenter.org.

Performances will begin June 5 and continue through July 1. 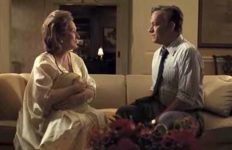