The Directors Guild of America announced Tuesday that Bradley Cooper, Alfonso Cuaron, Peter Farrelly, Spike Lee and Adam McKay have been nominated as the best feature film directors of 2018.

“To be chosen by one’s peers in a year full of such extraordinary films is the true mark of outstanding directorial achievement,” Directors Guild of America President Thomas Schlamme said. “In bringing all elements of the filmmaking process together, each of these directors has demonstrated an exceptional command of the medium, creating excellence for the screen. Congratulations to all of the nominees.”

“A Star Is Born” was Cooper’s first directorial effort, and the actor was also nominated in the Best First-Time Feature Film Director category, along with Bo Burnham (“Eighth Grade”), Carlos Lopez Estrada (“Blindspotting”), Matthew Heineman (“A Private War”) and Boots Riley (“Sorry to Bother You”).

The DGA Best Director award is seen as one of the best indicators of who will be nominated for an Academy Award for best director. 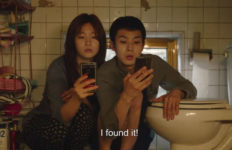