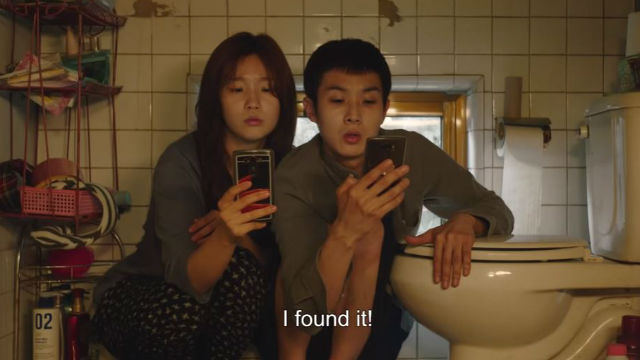 The South Korean black comedy-thriller “Parasite” added to its collection of honors Sunday by being selected as the best movie of 2019 in voting by the Los Angeles Film Critics Association.

The film’s director Bong Joon Ho was selected as best director while Song Kang Ho won for best supporting actor for his portrayal of the head of a family whose members pose as sophisticated skilled workers to work for a wealthy family.

“Parasite” was the runner-up in two categories. Bong and Jin Won Han were the runners-up for best screenplay behind Noah Baumbach’s script for the comedy-drama following a couple going through a coast-to-coast divorce, “Marriage Story”; and Ha Jun Lee was runner-up for best production design behind Barbara Ling for “Once Upon a Time in Hollywood.”

“Parasite” was the unanimous winner of the Palme d’Or, the highest prize at the Cannes Film Festival. It was selected for a special award from the American Film Institute as “a work of excellence outside the institute’s criteria for American film and television.”

Joe Pesci was runner-up for best supporting actor for his role as mobster Russell Bufalino in “The Irishman.”

Antonio Banderas was selected as best actor for his portrayal of a declining film director in “Pain and Glory.” The Spanish drama also won for best foreign film.

Adam Driver was the runner-up for best actor for his role as the husband in the divorcing couple in “Marriage Story.”

Mary Kay Place won for best actress for her portrayal in “Diane” of a woman who deals with painful memories and repressed guilt while tirelessly caring for her bedridden cousin and her drug-addicted son.

Lupita Nyong’o was the runner-up for portraying the mother of a family, who are attacked by a group of menacing doppelgangers in the horror film “Us.”

The best supporting actress award went to Jennifer Lopez for her role as longtime stripper Ramona Vega in “Hustlers.” Zhao Shuzhen was runner-up for her portrayal of a grandmother diagnosed with terminal lung cancer in “The Farewell.”

The other multiple winner was “I Lost My Body,” which won for best animation and best music score for Dan Levy.

The Los Angeles Film Critics Association best picture winner has gone on to win the best picture Academy Award 10 times since the group began giving awards for films made in 1975, most recently, the 2016 winner, “Moonlight.”

The 45th annual Los Angeles Film Critics Association awards ceremony will be held Jan. 11 at the InterContinental Hotel in Century City. As previously announced, actress/writer/director Elaine May will receive the Career Achievement Award.