The dancing lights on the Santa Monica Pier Ferris wheel will go dark Thursday and remain off for 20 days to make way for a $1 million revamp in time for the Pacific Park amusement park’s 20th-anniversary celebration.

The Ferris wheel itself will continue operating during the lighting overhaul, which is expected to be completed May 26. Park operators said the 174,000 new LED lights will have “higher resolution, greater color depth and faster ‘frames per second’ display speed.”

To honor the 20th anniversary of the pier’s amusement park, which opened May 26, 1996, one of the 20 Ferris wheel gondolas will be illuminated each evening, beginning Friday, with all 20 gondolas illuminated on May 25, one day before the unveiling of the new lighting system.

“Pacific Park is the only West Coast amusement park on a pier and we are recognizing a variety of other park milestones throughout May to celebrate our 20 years in the community,” said the park’s vice president, Jeff Klocke. “We look forward to sharing the Ferris wheel’s new lighting package over the next 20 years with the millions of visitors annually to the pier.” 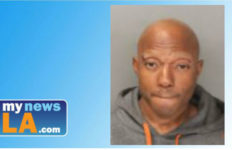 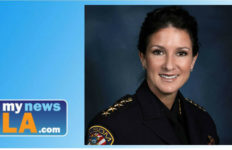 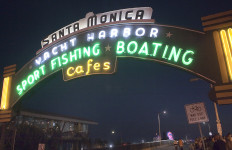 Man who jumped off Santa Monica Pier and died was Travis Ford, 37, of LA→