Big rigs are common on Southland freeways, thanks in part to the Los Angeles/Long Beach port complex, and a report released Thursday found that Los Angeles County is home to two of the country’s top 15 truck bottlenecks.

According to the study by the American Transportation Research Institute, seven of the nation’s 65 worst truck bottlenecks are in California.

The Pomona (60) Freeway interchange with the Orange (57) Freeway in Diamond Bar ranked fifth on the list. The Long Beach (710) Freeway at the Glenn Anderson (105) Freeway in the Paramount/Lynwood area came in at number 13.

“California not only is our nation’s most populous state, but with our farms, key ports and border crossings it is our gateway to the world’s markets, making it a key state for the trucking industry,” said California Trucking Association CEO Shawn Yadon. “Congestion costs trucking billions of dollars and harms our economy. ATRI’s report makes clear where the biggest issues lie and we urge policymakers to quickly address them with much needed investment.”

Atlanta’s “Spaghetti Junction” — the interchange of interstates 285 and 85 North — ranked as the most congested freight bottleneck in the country.

The rankings are based on GPS data from more than 800,000 heavy-duty trucks and include an assessment of truck congestion at 300 locations across the country.

Big-rig bottlenecks list ranks two in LA County among the worst in the nation was last modified: January 26th, 2018 by Christina Kelley 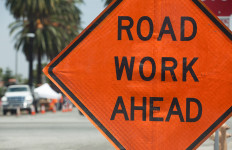 Nightmare traffic on I-15 pushes widening of Temescal Canyon Road→ 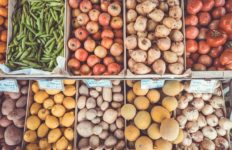 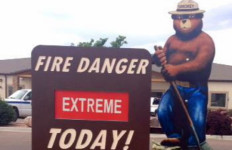 Snowy winter weather expected to blow into parts of the Southland→