Topanga Canyon Boulevard was shut down Monday morning for the second time in a week, but this time the cause is a vehicle crash, not a mudslide, authorities said.

No one from the crash required transport to a hospital, Kimball said. A SigAlert was issued at 1:47 a.m. shutting down Topanga Canyon Boulevard between PCH and Grand View Drive because live power lines were down in the roadway.

One lane of the roadway was reopened about 9 a.m., with traffic alternating through the area, according to reports from the scene.

Topanga Canyon Boulevard was shut down Thursday through Saturday while Caltrans crews removed 2,500 tons of dirt in 180 truck loads from a rain- induced mudslide. 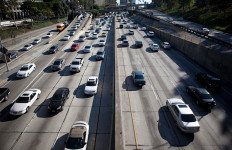 Fuel spill forces closure of the 55 Freeway in Costa Mesa→ 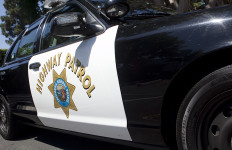