A former creative director for a Wilshire Boulevard ad agency is suing his ex-employer, alleging he was fired for protesting two male supervisors’ preference for hiring women instead of the best qualified candidate regardless of gender.

“Giant Spoon pressured Fotheringham to hire women whether or not they were qualified,” the suit alleges. “He was told that they can get back to hiring the best talent once they get some females in the door.”

A Giant Spoon representative did not immediately reply to a request for comment on the lawsuit, which was filed Wednesday and seeks unspecified damages.

Fotheringham says he began working for Giant Spoon in March 2017 as the creative director at a time when the company did not have a creative team. He was tasked with leading efforts in the Los Angeles and New York City offices in hiring staff, leading client work and building work from concept to production, according to his court papers.

Although a potential news release was discussed with Fotheringham, the idea was “quickly quelled due to an industry murmur of Giant Spoon being overwhelmingly headed by white males,” the suit states.

Fotheringham hired a qualified freelance worker in August 2018, but his supervisors were not pleased that the new worker was a male and “were very vocal about finding someone else that (was) a woman,” the suit alleges.

When Fotheringham sought a promotion into a role above his position for which he was qualified, he was told the company need a woman for that job, the suit states.

Fotheringham says that not long after he pitched his name for the promotion, a “feedback review” of his performance was initiated and in April 2019, he received his first negative evaluation. Fotheringham defended his record by reminding his supervisors that he had propelled the department forward with his leadership skills and that it was successful, the suit states.

Fotheringham renewed his request for an interview for the promotion, but Haber told him, “No, and we really need a woman in that role,” the suit alleges.

Fotheringham complained about Haber’s alleged comment to management, but nothing was done and a woman was hired last August for the position the plaintiff sought, the suit states. Fotheringham alleges he was subsequently given less work and responsibility.

Last October, Fotheringham was kept from going on an important New York work trip and later that week was fired without explanation, despite his protests that the action was discriminatory, the suit alleges. The job loss came at a time Fotheringham was awaiting the birth of his first child, the suit states.

“His termination has had an obvious negative impact on him and his family, in addition to ruining one of the happiest times in a person’s life,” the suit says. 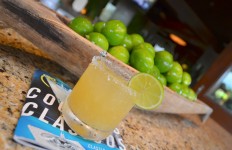