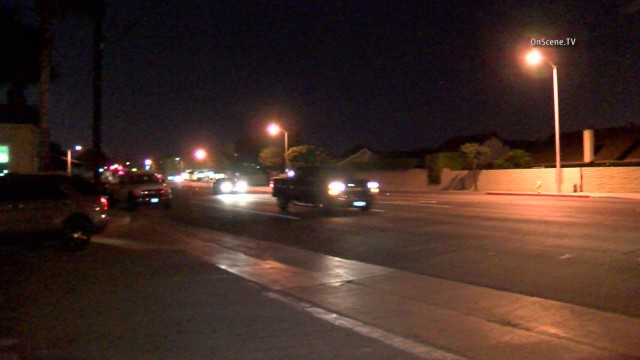 A 17-year-old girl was injured when she was struck while riding her bicycle across a Stanton intersection by a hit-and-run driver, an Orange County Sheriff’s lieutenant said.

“She was riding near the crosswalk, “Downing said. “The car was northbound on Knott Avenue when it struck her, running over the bicycle and her legs.”

The girl was transported to UCI Medical Center with abrasions and bruises on her legs, he said.

The car was described as a dark gray spray-painted compact with tinted windows, Downing said. “There would be damage on the driver’s side.”

Motorists who have just struck someone leave the scene of an accident because they panic or possibly were driving while impaired or intoxicated, he said. “There’s a reason for them leaving.”