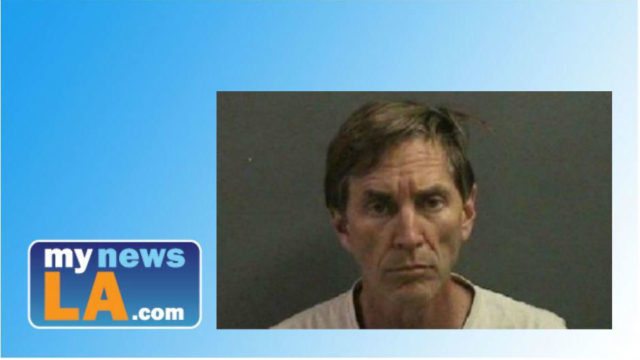 Moments after he was convicted of sexually assaulting a teenage relative of his live-in girlfriend, an English teacher slashed his throat Wednesday with a razor in a Santa Ana courtroom.

Jeffrey Scott Jones of Huntington Beach, who was out of custody on bail during his trial, was rushed to a hospital. His wounds were not considered life- threatening.

“Right after the judge asked if we wanted jurors polled, both attorneys said no, and then he took a razor out of his left pocket and slashed his throat,” Senior Deputy District Attorney Heather Brown told City News Service. “His head hit the table and I thought he fainted, but then I saw the blood and the razor on the table.”

Orange County Superior Court Steven Bromberg had advised the 56-year-old defendant on Tuesday that if he was found guilty, he would be taken into custody immediately.

“I didn’t see it even though I was sitting next to him,” defense attorney Ed Welbourn said, adding that his client apparently cut the artery in his neck.

“At that point, he passed out or something happened and he hit the table, which is when I noticed something was happening,” Welbourn told CNS.

“It’s very unfortunate, the whole thing,” he said. “We respect the jury’s decision, but we thought there was reasonable doubt as to what occurred… It’s just terrible. The good news is it looks like he will recover.”

Orange County sheriff’s Lt. Mark Stichter said there will be an investigation into how Jones “was able to have (a razor blade) in court and provide answers to that.”

Jurors deliberated about two hours before convicting Jones of two counts of aggravated sexual assault of a child and one count of continuous sexual abuse. He faces up to 66 years to life in prison.

Jones was a teacher of Advanced Placement English classes at the Libra Academy in Huntington Park at the time the felony charges were filed. Earlier in his nearly three-decade teaching career, he worked at two Los Angeles County campuses — Bell High School and Gahr High School in Cerritos.

According to prosecutors, he had sex with the 13-year-old girl in May 2013 and molested her at various times from September 2012 through April 2013.

Brown told jurors that the defendant’s girlfriend accused the teen of “framing Mr. Jones” and had her placed in a youth shelter. The girl was subsequently placed in a county facility, and also in several foster homes, Brown said.

Brown presented evidence that Jones had sexual relationships with two underage students who were 16 and 17 at the time. After he married the 16-year- old, he later had the 17-year-old move in and she got pregnant at 18, according to the evidence presented at trial.

Jones’ attorney argued that clothes and sheets collected by investigators at Jones’ home showed no physical evidence backing up the 13-year- old’s claims. He also brushed off DNA evidence linking the defendant to the sexual assault.

“The District Attorney wants you to believe the DNA of Mr. Jones is somehow their smoking gun,” Welbourn said, telling jurors that members of the household used the same shower, bathroom, towels and other items in explaining how the defendant’s DNA could end up on the girl.

“Nobody saw anything inappropriate” between the girl and Jones, Welbourn said.

Welbourn accused the girl of “concocting a story” because she was smoking marijuana and trying to hide it.

Rapist slits own throat in court after guilty verdict of teacher sex with child was last modified: October 19th, 2016 by Stephanie Michaud