A blaze that heavily damaged the Anaheim White House restaurant was accidentally caused by some sort of electrical malfunction, a police sergeant said Thursday.

The origin of Saturday’s blaze was between the main restaurant and an out-building with a covered patio, said Anaheim police Sgt. Daron Wyatt.

Heavy flames and smoke were seen coming from the restaurant  at 887 S. Anaheim Blvd., prompting about 40 firefighters from Anaheim, Orange and Garden Grove to join the fight.

The blaze was reported at 4:18 a.m. Saturday and primary knockdown was achieved at 4:50 a.m., though firefighters remained on scene to work on hot spots, said Wyatt, who also is a spokesman for the city’s fire department.

Just a few days after the blaze, the restaurant’s owner-chef Bruno Serato went back to feeding the area’s needy children for no charge as he routinely does, but he had to do it elsewhere.

Serato has fed hundreds of thousands of meals to underprivileged children who live in Orange County and Long Beach motels in the past dozen years, publicist Frank Groff said.

Serato also started programs to help families get into permanent homes and to train youth for careers in the hospitality industry, Groff said.

The restaurant started out as a home, built by Dosithe Gervais in 1909, according to the company’s website.

Mr. and Mrs. George Waterman purchased the home in 1916; but soon after, the home was sold to the Truxaw family, who would call the mansion their home for 50 years.

In 1978, Mrs. Anthony Bouch purchased the home with designs to open an antique store. After making $100,000 in renovations, however, her health failed and she was unable to fulfill her dream, according to the website.

Jim and Barbara Stovall purchased the home in 1981, planning to build condominiums in its place, even hiring an architect to help with the design.

But on the eve of the scheduled demolition, Stovall told her husband that she couldn’t bear the thought of the home being destroyed. New plans were then drawn up, almost immediately, for the restoration of the home as “The White House Restaurant,’ which opened on New Year’s Eve of 1981.

Serato is an Italian immigrant who came to the United States with $50 in his pocket and saved enough money to open his restaurant 30 years ago, Groff said.

Since the blaze, Serato told City News Service, “I have two priorities – – one is feeding the children. The second project is to find jobs for the employees who were working for me. When I get finished with that I’ll take care of the rest.”

Serato received many invitations to use kitchens throughout the county to feed the needy children, something he has become well known for, but he settled on the Highway 39 Event Center in Anaheim because it was close to home.

“Highway 39’s location is not too far away from the restaurant,” Serato said.

“The Marconi Museum called me and said, `Bruno, you can use my kitchen 100 percent,’ ” Serato said.

Feeding the children Monday night “was the best medication I could receive,” he said.

“It was my therapy to deal with the tragedy,” he added. “They make me smile. They make me happy. I was very emotional.”

What’s also helped lift his spirits was the offers of support from his colleagues, he said.

“I’ve never seen a community so close to me as I feel right now,” he said. “I’m a guy who always says hand in hand that’s what we should always do to change the world.”

Serato said he also has received offers of help from the Richard M. Nixon Presidential Library in Yorba Linda, where he has directed some of his customers to spend Valentine’s Day with since the White House was heavily damaged by Saturday fire. 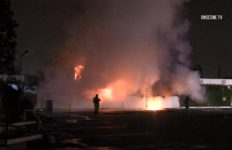 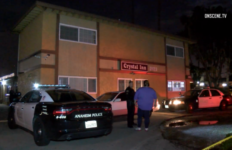 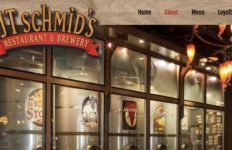