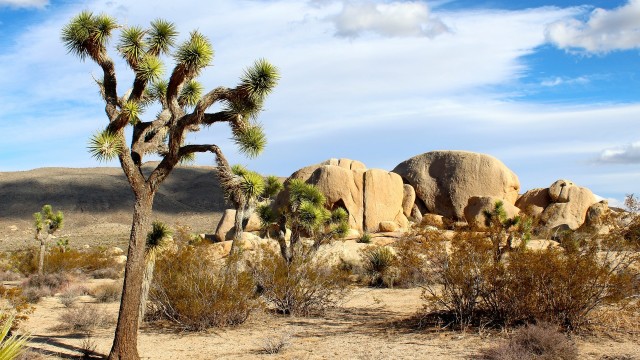 A search will continue Wednesday in Joshua Tree National Park for a young couple from Westminster who’ve been missing since last week, but according to reports from the scene, hopes are dimming, especially given the high heat.

About 25 searchers braved triple-digit temperatures Tuesday as they continued to scour the park.

Park rangers made the decision to close the Maze Loop Trail to the public so searchers could preserve as much tracking clues as possible as they continue to look for Rachel Nguyen, 20, and Joseph Orbeso, 21.

“The public and press were going up there, and obviously the more people walking around potentially destroys leaves and tracks,” Geoge Land, a spokesman for the park, told City News Service. “It’s even hard when someone’s not stepping on (the tracks).”

Searchers have braved thunderstorms, sizzling temperatures and “ungodly” monsoonal humidity, Land said. Up to six professional trackers have been evacuated since the hunt began Friday, he said, “and we can only bring the dogs in from 4:30 a.m. to 9:30 a.m. or 10 a.m. before they’re overheated.”

The hounds are brought back at sundown.

“We’re not using that r’ word — as in recovery — but we’re preparing the family for that,” Land said.

The two missing students are young and in good shape, so there’s some hope, Land said. In 2010, a 64-year-old Realtor who was an experienced hiker managed to survive six days until he was found, he said.

Over the weekend, 60 to 100 trackers were sent in and officials had two fixed-wing aircraft and two helicopters with six canine units on the prowl for the missing hikers, Land said.

“We said, `Let’s hit it quick and hard and find them while the getting is good,” he said. “But we just haven’t had a lot of leads. There were some good tracks picked up, but it hasn’t led to either (hiker).”

It is “highly unusual” to lose track of hikers for this long, Land said.