A 69-year-old man was sentenced Friday to 18 years to life behind bars for molesting three girls over about a 10-year period while living with the victims in Laguna Niguel.

The molestations began in September 2006 and lasted through October 2010 for one of the victims, until August 2013 for another, and until January 2015 for the third girl, according to prosecutors.

Avelino was dating a relative of the three girls, two of whom are sisters, according to Deputy District Attorney Heidi Garrel. The other victim is a cousin of the siblings.

The victims were molested starting when they were 5, 7 and 9 years old, continuing until they were 13 years old, Garrel said.

Garrel told jurors that Avelino would take a victim into his room a couple of times a week and “put on pornography while undressing her.”

After one of the girls came forward in November 2015, the defendant “admits on multiple occasions to touching these three girls,” the prosecutor said.

Avelino told Orange County sheriff’s investigators that he “can sleep happy that night because he felt bad, but now he told the police the truth,” Garrel said.

He also wrote an “apology letter” to his accusers, she said.

Avelino’s attorney, Sarah Hefling, said the “innocent behavior” of her client became “sinister” when the victims began “reaching for a memory.”

Avelino “did not touch … any of these girls,” Hefling said, telling jurors that the girls apparently didn’t like Avelino and disapproved of his relationship with their relative.

Little Girl Molester, 69, Gets 18 Years To Life: Decade Of Attacks For Three Laguna Niguel Victims was last modified: May 3rd, 2019 by Editor

Old Glory To Fly at Half-Staff To Honor Coronavirus Victims→ 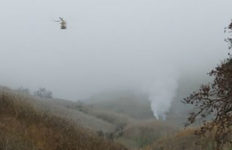 Kobe Bryant Crash Victims Died of Blunt Trauma; Pilot Was Not Under Influence→