The James Beard Foundation Monday announced the national rollout of a program that started in Seattle and is aimed at increasing the sustainability of the seafood supply chain, with several well-known Los Angeles names supporting the effort.

More than 60 chefs representing over 100 restaurants have so far committed to the “Smart Catch” program, which provides training and support so they can serve seafood fished or farmed in environmentally responsible ways, according to the foundation.

A number of James Beard Award nominees and winners have signed on, such as Michael Cimarusti’s Providence in Los Angeles and Mary Sue Milliken and Susan Feniger’s Border Grill restaurants in Los Angeles and Las Vegas, according to the foundation.

The chefs at Pizzeria Mozza in Los Angeles and Newport Beach are taking part as are Mario Batali’s Batali and Bastianich Hospitality group of restaurants and Bill Telepan’s Oceana in New York City, foundation officials said.

With more than 90 percent of the world’s fisheries either fully fished or overfished, preserving marine life to assure stable fishing stocks and promoting sustainably farmed options is more important than ever, according to Susan Ungaro, president of the James Beard Foundation.

“Chefs have the influence to educate our palates and our views,” she said. “Through Smart Catch, they are becoming new environmental heroes, as they use their influence to lead industry efforts to maintain healthy, sustainable food sources both now and for future generations.”

All Smart Catch restaurants are provided with menu consultations, staff training materials, up-to-date online sustainability assessments powered by FishChoice.com, marketing support, and guidance in working with their suppliers so they can make environmentally responsible seafood choices.

According to the foundation, which announced the national rollout at the SeaWeb Seafood Summit in Seattle, Smart Catch’s sustainability criteria uses data from Monterey Bay Aquarium’s Seafood Watch Program and the NOAA Fish Stock Sustainability Index.

The criteria is based on wild and farmed seafood production and includes the health and abundance of fish stocks and impacts on the surrounding environment.

“The future of the world’s oceans depends on all of us choosing sustainable seafood,” said James Deutsch, conservation director for Allen. “James Beard Foundation’s announcement of their national rollout of Smart Catch represents a giant step in that direction. We couldn’t be more proud of the continued growth of this pioneering program we piloted in Seattle.”

For more information on the Smart Catch program and a list of participating Smart Catch restaurants, visit www.jamesbeard.org/smartcatch. 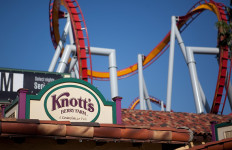