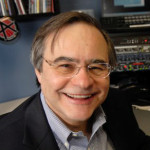 Chris Jennewein has more than 25 years experience in online media. He is editor and publisher of the startup website Times of San Diego and was previously associate editorial director for Patch.com in Southern California. From 2001 to 2008, Jennewein led The San Diego Union-Tribune’s SignOnSanDiego.com, one of the most popular and profitable newspaper websites of its time. Jennewein helped launch the nation’s first complete online newspaper at the San Jose Mercury News in 1993.