The first teachers strike to hit the Los Angeles Unified School District in 30 years went into its third day Wednesday, with thousands of educators picketing for increased pay, smaller class sizes and the hiring of more support staff, such as nurses, counselors and librarians.

As of Wednesday morning, there were no new contract talks scheduled between the district and the teachers’ union, United Teachers Los Angeles. Union president Alex Caputo-Pearl hinted that negotiations could be restarted soon, but he did not immediately provide specifics.

Caputo-Pearl denied contentions by Superintendent Austin Beutner the union is refusing to return to the bargaining table.

“This is a straight lie,” he said during a Wednesday morning rally. “He (Beutner) said that he was going to be in negotiations, then he skipped out on the last two sessions when our entire team was there. I was there. He’s the one who’s having a problem coming to negotiations. We’re going to try to fix that and get back to the table very soon. You’ll hear more about that later today.”

Caputo-Pearl said support for the strike is growing among residents and parents.

Beutner said Tuesday the district is prepared to return to the bargaining table at any time, but he has said the district has offered the union as much as it can given its financial constraints.

“It’s just math,” he told reporters. “This is just math. It’s not a values conversation. The experts have all said we do not have the ability to spend more than we’re spending.”

The union has been calling for the hiring of more teachers and support staff, such as nurses, counselors and librarians, along with reduced class sizes.

The district’s most recent offer to the union was made Friday, with the package including, among other things, the hiring of 1,200 teachers, reducing class sizes in middle schools, a full-time nurse at every elementary school and another academic counselor at high schools. But the increased staffing would only be for one year, with the district saying the money to pay for the extra employees would come out of a one-time reserve.

“This represents the best we can do, recognizing that it is our obligation to provide as much resources as possible to support out students in each and every one of our schools,” Beutner said Friday.

UTLA rejected the offer, saying it did not go far enough to bolster school staffing, reduce class sizes and prevent them from increasing in the future. The union also blasted the district’s staff-increase proposal for being only a one-year offer, and contended the district’s salary increase proposal is contingent on benefit cuts to future union members. The LAUSD has offered teachers a 6 percent raise spread over the first two years of a three-year contract while UTLA wants a 6.5 percent raise that would take effect all at once and a year sooner.

The district claims the union’s contract demands would bankrupt the LAUSD, but the union disputes that contention, pointing to what it calls an estimated $1.8 billion reserve fund and insisting the district has not faced a financial deficit in five years. The district contends that reserve fund is already being spent, in part on the salary increase for teachers.

Beutner said if the union can find more money in the district, it will be spent on classroom improvements. He called on the teachers union to join with the district in pushing Sacramento to better fund schools.

“Let’s build on the renewed attention on public education in our community,” he said. “Let’s bottle it. Let’s put it on our buses and let’s go to Sacramento.”

As the second largest school district in the nation, the LAUSD covers an area totaling 710 square miles and serves more than 694,000 students at 1,322 schools, although 216 schools are independent charter schools, most of which are staffed with non-union teachers unaffected by the strike. The district says about 500,000 students and 1,100 schools are impacted by the walkout.

The district hired 400 substitutes, and 2,000 administrators with teaching credentials have been reassigned during the strike.

According to the LAUSD, at least 163,384 students went to class Tuesday, although attendance figures had not been tallied from 33 schools affected by the teachers’ strike. The attendance was up 13 percent from Monday, when about 144,000 students showed up for class.

Beutner has said Monday’s low attendance — representing about one-third of students who would attend classes on a normal, non-strike day — will cost the district roughly $25 million in state funding, which is based on daily attendance. Offset by the savings in salary not paid to striking workers, or roughly $10 million, the district had a net $15 million loss on Monday alone.

Teachers at The Accelerated Schools charter school in South Los Angeles also went on strike Tuesday, calling for increased salaries and health benefits in order to bolster teacher retention. Those teachers are also represented by UTLA. The walkout is the first ever in California by charter-school teachers.

The district sent a letter to parents this week noting that state law “does not excuse absences in case of a strike and students are expected to attend class,” but saying school principals “will work with students and families on attendance.”

“At the moment, schools will not be notifying parents of absences, but will continue to monitor student attendance and provide support to students on an individual basis,” according to the district. “Student absences during the strike will not impact graduation.”

UTLA has accused the district of failing to issue a “clear, definitive statement” on how the district is handling absences, effectively “exploiting parents’ fears and knowingly spreading confusion to try to gain leverage.”

“If Beutner decides that students who show up out on the picket line are going to be punished for doing so, he needs to be clear about that policy, and the district will see the full force of 35,000 educators standing behind their students,” according to the union. “While UTLA cannot encourage students to miss school, we will not allow our students to be bullied by the school district for demanding the schools they deserve.”

All 1,240 elementary, middle and high schools have remained open during the strike. Bus service was operating normally, and meals were being served to students as usual.

Underlying the strike is the issue of charter schools. Union officials have accused Beutner and some members of the school board of favoring a vast expansion of privately operated charter schools, which are governed by the state and generally staffed by non-union teachers.

The Los Angeles County Board of Supervisors on Tuesday agreed to provide the district with up to $10 million for nursing and mental health services — saying it would be enough to fund a nurse at every LAUSD elementary school. That funding was included in Beutner’s most recent contract offer to the union last week. 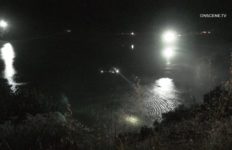