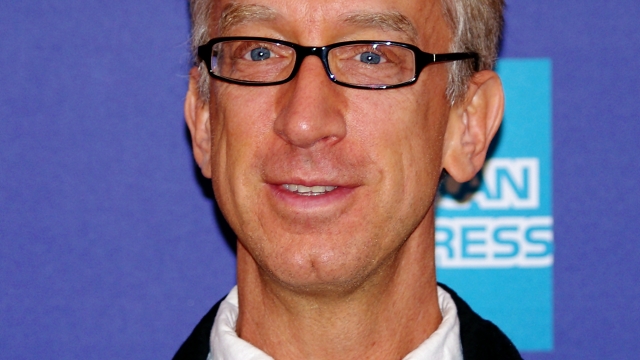 Actor Andy Dick was released Saturday after posting $25,000 bail when he was arrested for reportedly fleeing on his bicycle in Hollywood with a man’s necklace worth an estimated $1,000, authorities said.

Dick, 48, posted bail and was released at 5:20 a.m., according to the Sheriff’s Inmate Information Center.

He was arrested at 11:10 p.m. Friday, according to the Sheriff’s Inmate Information Center.

TMZ reported that Dick, who had a long-running stint on NBC’s “NewsRadio” sitcom, was riding his bike on Hollywood Boulevard some time last week when he spotted the man, rode up to him and asked the man he could see the necklace.

The man recognized the actor and then Dick allegedly rode off with the jewelry.  The owner of the necklace reported the burglary, but Dick was no where to be found, TMZ reported.  Police later spotted Dick on Friday near his Hollywood apartment riding his bike and arrested him.

A watch commander at the Los Angeles Police Department’s Hollywood station referred all media inquiries to the department’s Media Relations Section, where a spokesperson could not be reached for comment.

Dick is scheduled to be in court Dec. 4, in Division 30 of the Los Angeles Municipal Court in downtown Los Angeles, according to the Sheriff’s Inmate Information Center.