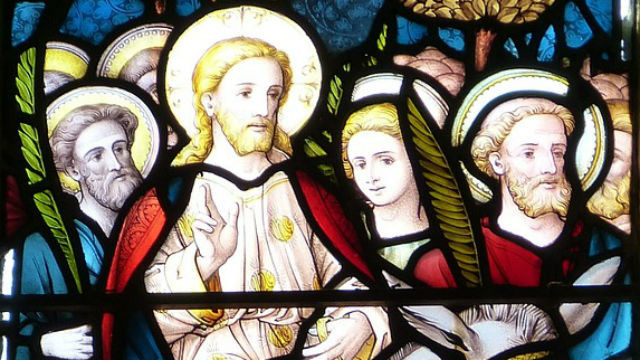 A defrocked Roman Catholic priest who was convicted of molesting two boys and sentenced to eight years in prison resurfaced at a non-sanctioned South Los Angeles church, where he resumed leading church services using an alias, according to a broadcast report.

Fox11 reported that former priest Carlos Rodriguez, who was convicted in Ventura County in 2004 of molesting the boys in Santa Paula, was defrocked in 1998 and prevented from having any affiliation with the Catholic church. Despite that, he used the name Carlos Ramirez and began preaching at the small South Los Angeles church, to the surprise of some parishioners.

“I’m shocked,” one parishioner told Fox11 when told of Rodriguez’s past. Another said she was “indignant” and prayed the church community would take the appropriate action.

Following the station’s inquiries, Rodriguez was barred from the church, Fox11 reported.

Rodriguez refused to talk to the station, hiding his face and telling a reporter, “You’re not going to get anything, sorry.”

One of Rodriguez’s victims from Santa Paula, Manuel Barragan, told the station his life was forever altered by his molestation as a teenager.

He said the molestation affected him emotionally and spiritually.

Anthony DeMarco, an attorney who has represented victims of Rodriguez, told the station Rodriguez is a sexual predator who used his position to gain access to children.

“Father Rodriguez went into some of the most vulnerable communities, communities where people felt disenfranchised, where they didn’t feel like they could go to any authorities and talk, where the children themselves, because of the reverence priests were held in, didn’t feel that they could tell anyone about it. And he knew that,” DeMarco told Fox11.

Officials with the Los Angeles Catholic Archdiocese told the station anyone with questions about a person’s eligibility to serve as a priest can call the diocese at (213) 637-7000 or visit www.la.archdiocese.org.