An East Los Angeles man who allegedly forced his ex- girlfriend into his car in Duarte and threatened to hurt her if she got out was charged Friday with kidnapping and other counts.

Alberto Casillas, 37, pleaded not guilty to one felony count each of kidnapping, injuring a girlfriend and making criminal threats.

The criminal complaint also alleges that he has a prior conviction from 2010 for making criminal threats.

Casillas allegedly went to his former girlfriend’s home in Duarte on Wednesday, forced the woman into his vehicle and threatened to hurt her if she got out, according to Deputy District Attorney Yoobin Kang Hernandez.

He allegedly drove the woman to his East Los Angeles home, where officers responding to a call about the alleged abduction found the woman in the driveway with injuries to her body, the prosecutor said.

If convicted as charged, he could face up to 24 years in state prison, according to the District Attorney’s Office. 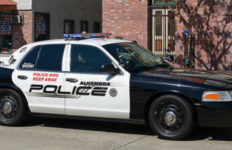