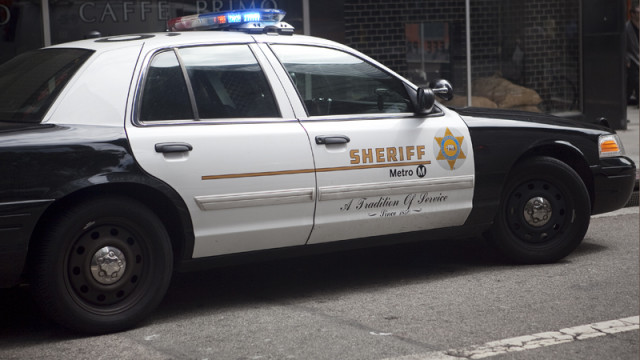 Two suspects, including at least one teenager, led deputies on a short vehicle pursuit in Rancho Palos Verdes Saturday that ended when their car hit a curb and one of the suspects was able to escape arrest.

At about 12:30 a.m., a sheriff’s sergeant spotted a suspected drunk driver on Palos Verdes Drive South and Peppertree Drive and tried to make a traffic stop, said Capt. Dan Beringer of the sheriff’s Lomita station.

The vehicle went a short distance and hit a curb. Two occupants ran from the vehicle and a containment was set up. A search, with the assistance of a helicopter, netted a juvenile who was taken into custody. The other suspect was not located, Beringer said.

Investigators from the sheriff’s Lomita station asked anyone who saw the pursuit and crash to call them at (310) 539-1661.

Short chase in Palos Verdes ends with 1 arrest, 1 at large was last modified: May 6th, 2017 by Debbie L. Sklar