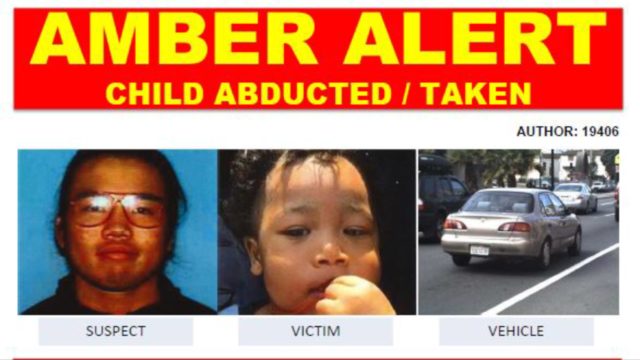 A father who abducted his 1-year-old son in San Francisco, prompting an Amber Alert, was located Friday evening along with the unharmed child in Palms.

The father and son were located just before 8 p.m. in the area of Sepulveda and National boulevards, according to Officer Liliana Preciado of the Los Angeles Police Department’s Media Relations Section.

No details were immediately available about what led police to the suspect and child, but an Amber Alert issued earlier in the San Francisco Bay Area was later extended to Los Angeles, Orange and San Diego counties.

The vehicle in which they had been traveling was impounded.

The child was abducted on Thursday, according to an Amber Alert advisory issued by the California Highway Patrol that warned the father may have been contemplating suicide.