A Ruthless Ryderz biker trying to stand in a stunt on his motorcycle crashed and was killed as a group of about 50 riders cruised down a freeway.

His compatriots then blocked off all traffic on the four-lane freeway, causing an hours-long traffic jam heading toward Lake Elsinore, California Highway Patrol officers said.

The crash Sunday was in the midst of a rolling pack of bikers on the southbound 15 Freeway just south of the Cajalco Road interchange near Corona, shortly before 10 a.m. Sunday, CHP offics said.

The man was part of a group of about 50 other motorcyclists performing stunts on the freeway Sunday morning known as the “Ruthless Ryderz.” He was attempting to stand on his bike but fell when he lost control of his motorcycle and suffered major head trauma, the CHP said.

After the crash, the other motorcyclists in the group blocked lanes on the freeway, prompting the CHP to issue a Sigalert and causing traffic to back up in both directions.

The victim was hospitalized but later died from his injuries, the CHP said. His name was not released.

Crews to Rearrange Traffic on I-15 for Resurfacing Project→ 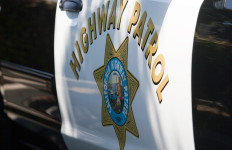