County coroners Friday released the name of an inmate who fell ill at the Riverside County Jail in Indio and was later pronounced dead at a hospital.

Michael Mijarez, 44, of Coachella, died Wednesday at Indio’s John F. Kennedy Memorial Hospital, about eight hours after deputies say he was found ill inside an inmate holding area of the jail.

Based on Mijarez’s condition, medical personnel assigned to the jail recommended he be taken to the hospital for a medical evaluation, Captain Misty Reynolds said.

He was pronounced dead at 4:08 p.m., she said. His cause of death was not disclosed by investigators, but Reynolds said there was no indication of foul play

Jail records show that Mijarez had been in custody since Dec. 17. 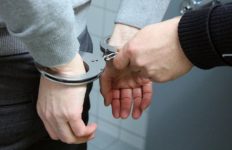