Miller, 37, was arrested Friday and was being held without bail, according to jail records.

Michele Van Der Linden of the Orange County District Attorney’s Office said Miller is accused of entering a woman’s La Habra home about 11 a.m. Friday and smashing a large marble table. He also allegedly punched holes in and removed doors from the home and derailed the garage door.

Miller’s attorney said his client faces at least four years in prison if found to have violated the terms of his probation. When Miller resolved a litany of legal troubles last year, prosecutors said he could face up to 21 years in prison if he ran afoul of the law again.

“Jason is a great guy and I love him like a brother,” Miller’s attorney, Cameron Talley, told City News Service. “It is incredibly sad to see these continued police contacts, but I have faith he can straighten out his life.”

At the time, he said he was committed to clearing probation.

At the time, Miller said his repeated contacts with law enforcement started after he was accused of domestic violence by an ex-girlfriend. Shortly after the allegations surfaced, he lost his job as an analyst with Fox Sports and couldn’t get any more fights.

Fitzgerald sentenced him to 100 days in jail, but he had already accrued credit for time served he did not have to spend any more time in custody.

Miller was acquitted on Feb. 1, 2017, of beating up the former girlfriend, but other charges involving his conflicts with law enforcement were set aside at the time for a separate trial.

In one conflict with Orange County sheriff’s deputies, he was “live-tweeting” the encounter as they tried to serve him with an arrest warrant at his Mission Viejo home in October 2014.

In July 2016, he got into an argument with two women, one of whom slapped him, at the Saddle Ranch Chop House in the Triangle Square shopping center in Costa Mesa. The heavily intoxicated Miller, who grabbed the woman who slapped him by the leg, was detained by a security guard at the restaurant until police arrived, police said.

In January 2016, Miller spray-painted graffiti on a wall of a now-shuttered tattoo parlor in Lake Forest. That same month, he cranked up the volume of a stereo in the same tattoo parlor, blowing out the speakers, prosecutors said.

In October 2015, he hurled a ceramic tile at deputies and threatened them with a large fire extinguisher and metal police and had to be subdued with a Taser.

In March 2015, he kicked a police officer and spit at another cop at the White House restaurant in Laguna Beach, prosecutors said.

Miller pleaded not guilty at his arraignment Tuesday. A pretrial hearing is scheduled for Oct. 31.

Robert B. Miller New President of Tournament of Roses Board of Directors→ 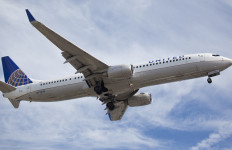