A hiker who suffered a medical emergency on the Skyline Trail in Palm Springs was hospitalized Saturday morning after being rescued along with another hiker.

Police received a call at 5 p.m. Friday from two hikers who said they had encountered icy terrain at the 5200-foot level of the trail and decided to stop hiking until morning, but they were not prepared to spend the night in the cold conditions, according to a statement from the Palm Springs Police Department.

At 9 p.m., one of the hikers called and stated he was having a medical emergency, police said.

The Palm Springs Police Search and Rescue unit and a sheriff’s helicopter were dispatched to the area and the hikers were successfully rescued. The hiker with the medical emergency was transported to a hospital and was expected to make a full recovery, police said. 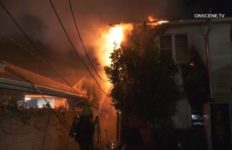 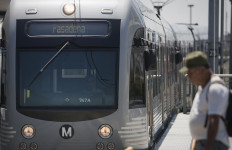 Victim and Suspect Hospitalized from Stabbing in Hacienda Heights→