A swath of the San Bernardino National Forest near Mountain Center that was closed to hiking and other recreational activities because of a damaging fire ignited by an arsonist re-opened to the public Thursday.

U.S. Forest Service spokeswoman Julie Hall, based at the San Jacinto Ranger District, said the agency’s order prohibiting access to the Cranston Fire Burn Zone expired Wednesday night. The order had been in place since the fire erupted on July 25, 2018.

Roughly 13,140 acres were charred by the intentionally set blaze.

“Demand for access to the burn area has been limited since no designated recreational sites were within,” Hall said. “However, visitors hiking off trail should take caution and be aware of their surroundings, especially around dead trees and during summer storms, which can create flash flooding conditions at a moment’s notice.”

According to USFS officials, the Cranston Fire tore through an area under development for the May Valley Trails System, which will ultimately include 30 miles of non-motorized pathways — for hikers, mountain bikers and horseback riders.

The development is slated to re-commence this fall, officials said.

Brandon N. McGlover, 33, admitted igniting the fire and was sentenced in February to 12 years, four months in state prison.

McGlover was arrested by California Highway Patrol officers on state Route 74 within a couple of hours of starting the fire, which passers-by witnessed.

The wildland blaze was only a few hundred acres at the time, but over the ensuing two weeks, the brusher would expand in the San Jacinto Mountains.

A dozen homes and other structures were destroyed, and the communities of Idyllwild, Lake Hemet, Mountain Center and Pine Cove were evacuated at the height of the blaze, which more than 1,000 firefighters battled 24 hours a day until it was fully contained on Aug. 10.

The burn scar left behind by the fire has resulted in elevated risks of flooding, mudslides and rock slides. 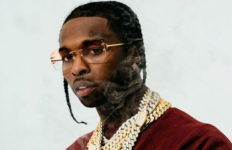