Seizures of the deadly opioid fentanyl are expected to double in the Orange County Sheriff’s Department patrol area for the third consecutive year, the department reported Thursday.

One recent seizure was close to half the fentanyl seized in all of 2018, according to Carrie Braun, the Orange County Sheriff’s Department’s director of public affairs and community engagement.

Pharmaceutical forms of the drug are 50 to 100 times more potent than morphine, but illicit versions have proliferated in recent years, she said.

“Illicit fentanyl, sold on the street, started to emerge locally in 2017,” Braun said. “In 2016, teams seized less than one pound of fentanyl. In 2018, teams seized 44 pounds of fentanyl. Thus far in 2019, teams have seized more than 100 pounds of confirmed fentanyl, more than doubling from 2018 totals with two and a half months left in the year.”

Investigators in northern Orange County on Wednesday seized more than 18 pounds of the drug — worth about $1.25 million on the street — along with five pounds of heroin, a half pound of methamphetamine, $71,000 in cash and a loaded handgun, Braun said, adding that the seized fentanyl was enough to kill every resident in the county.

“Our Sacramento legislators can no longer ignore the direct and legitimate threat of fentanyl,” Barnes said. “Drug trafficking organizations are taking advantage of gaps in the law.

“Until we categorically include enhancements for trafficking fentanyl and make its penalties similar to other illicit drugs like cocaine, heroin and methamphetamine, we are enticing and encouraging drug traffickers to increase the supply of fentanyl into California at the expense of children and families in our community.” 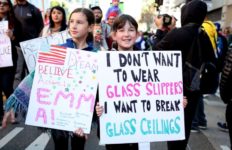 Charges Expected for Men Accused in Woman’s Murder in Indio→