LAPD Chief Michel Moore was among the mourners.

Paysinger spent 41 years with the LAPD, retiring in 2016, when he was appointed as USC’s vice president of civic engagement, a post he held at his death.

“Today we said goodbye to a thoroughly respected law enforcement leader throughout Los Angeles …,” Los Angeles County Sheriff Alex Villanueva said in a statement. “His enduring impact on the communities, officers, & students at USC he influenced will never be forgotten.”

David Brown, USC’s interim senior vice president for university relations, said earlier, “Our university and our city are better because of him, and I know we are all grateful for the wonderful legacy that he has built over these many years. His team, and so many throughout USC, will continue his good work with purpose and passion.”

In December, Los Angeles Mayor Eric Garcetti had proclaimed that all Los Angeles city flags would be flown at half-staff in Paysinger’s honor until sunset Tuesday.

“Chief Paysinger embodied everything a police officer should be: a strong, humble, selfless leader who always put young people and the community first,” Garcetti said in a statement following Paysinger’s death.

Paysinger is survived by his wife, Miguel, and sons Steven and Brian, along with his father, two brothers and a sister.

Juvenile Dependency Proceedings to be Held Remotely During Coronavirus Crisis→ 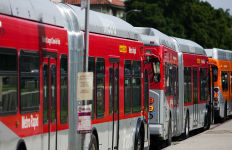